Working to a masterplan approved in 2016, the Queens Quay development is a mixed-use scheme occupying a brownfield site adjacent to the River Clyde, on the former site of the famous John Brown & Co. shipyard in Clydebank.  The original masterplan sought to reintegrate the waterfront with the main body of the town, by way of a residential-led regeneration programme, with a high-quality design response required as a result of the site’s historical importance.

Our scheme marks the first residential phase of the masterplan, setting a precedent for future works, and follows a series of infrastructure and other projects in recent years, including a health centre, energy centre and care home.  This initial residential phase provides a total of 146 new dwellings for affordable rent, managed by Cube Housing Association, Clydebank Housing Association, and West Dunbartonshire Council.  One of the key design moves has been to orient dwellings to take advantage of views to the Titan Crane and the river, with a new pedestrian thoroughfare – Titan Boulevard – being created to link the masterplan site with the town centre.

Along this new route, four commercial units are proposed in the initial phase to activate the ground floor of the new public spaces that have been created as part of a wider aim to introduce a clearly ‘urban’ form to the site.  In addition to the emphasis on the public realm, this urban feel is reinforced through the placement of strong feature elements in key areas which function as gateways between the new development and the existing townscape.

Working with CCG (Scotland) Ltd. as main contractor, the project has been developed utilising BIM principles, requiring close collaboration and co-ordination between members of the design team.

When complete, the development will stand as an exemplary piece of design and placemaking which sits comfortably within the immediate historic context, and acts as a solid primer for the ongoing regeneration of Queens Quay. 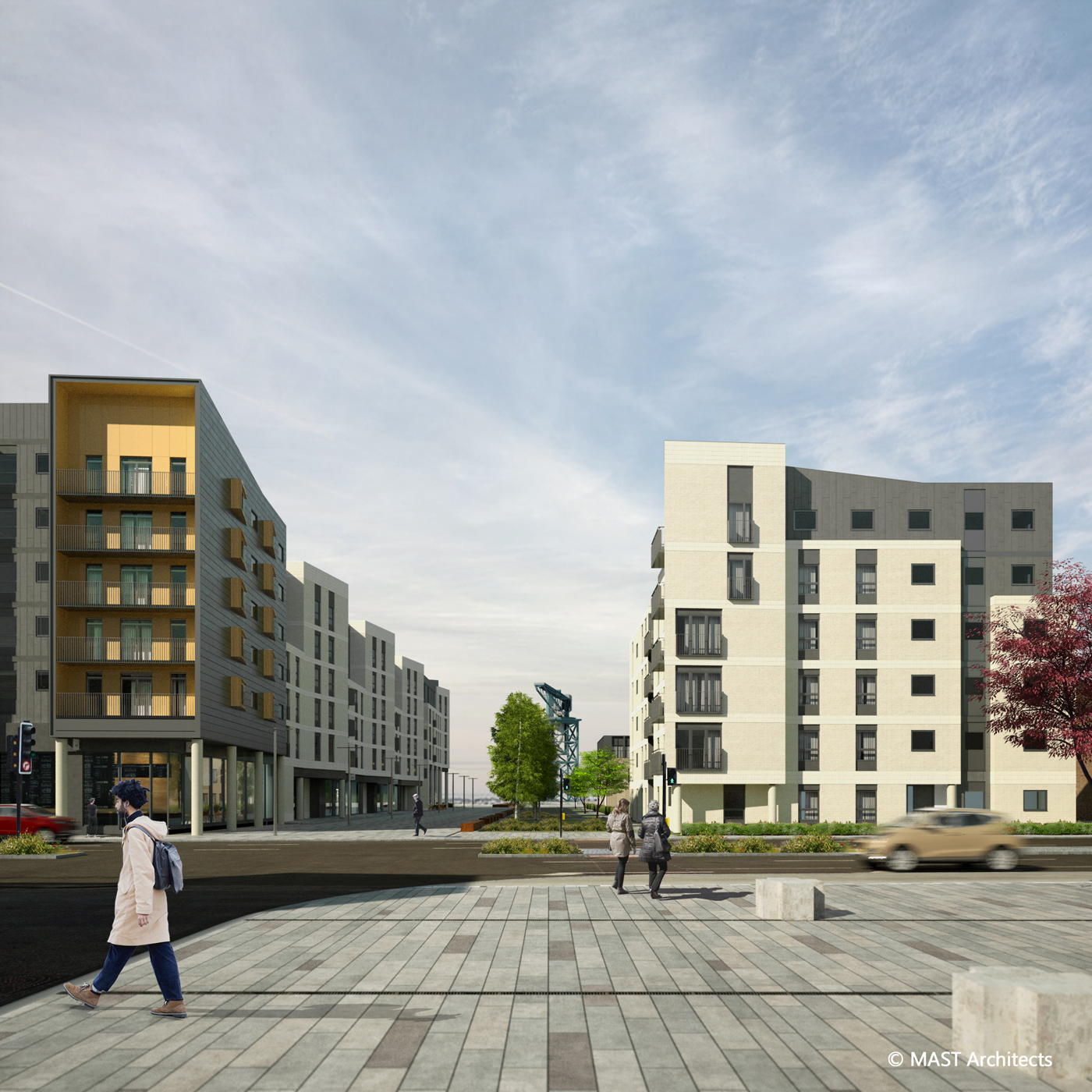