The Category B listed Hills Trust School in the Govan area of Glasgow had been lying vacant for many years before its refurbishment and conversion into new offices for Elderpark Housing, a companion project to a major housing regeneration taking place adjacent.

This complex project required the application of robust conservation principles to repair the interior and exterior fabric of the building, in particular areas of stonework, the roof, doors and windows, and the prominent clock tower.  Whilst none of these elements are of significant merit individually, together they contribute to the overall character of this Victorian building, a much-loved part of the local community which has now been safeguarded for future use.

Internally, an appraisal of existing features was undertaken to identify those which could be refurbished and preserved as a reference to the building’s historic use.  As a former school, the interior was fairly simple, although our appraisal has led to the retention of elements such as cast-iron radiators and railings, and ceiling roses.

Our work also saw significant remodelling of the interiors to create modern workspaces, meeting rooms and staff areas, whilst a new public entrance has been created to the rear of the building.  This latter element forms a contemporary addition to the original, a copper and glass box which complements the soft tones of the existing blonde sandstone.  A considered strategy has also been adopted for the building’s interior, incorporating wall graphics, artwork and interpretative panels which highlight the building’s important role within the local community over its lifespan.  These finishes sit in tandem with the retained original elements to yield a completed project which is an exemplar of adaptive reuse, ensuring that the building remains at the heart of the Govan community. 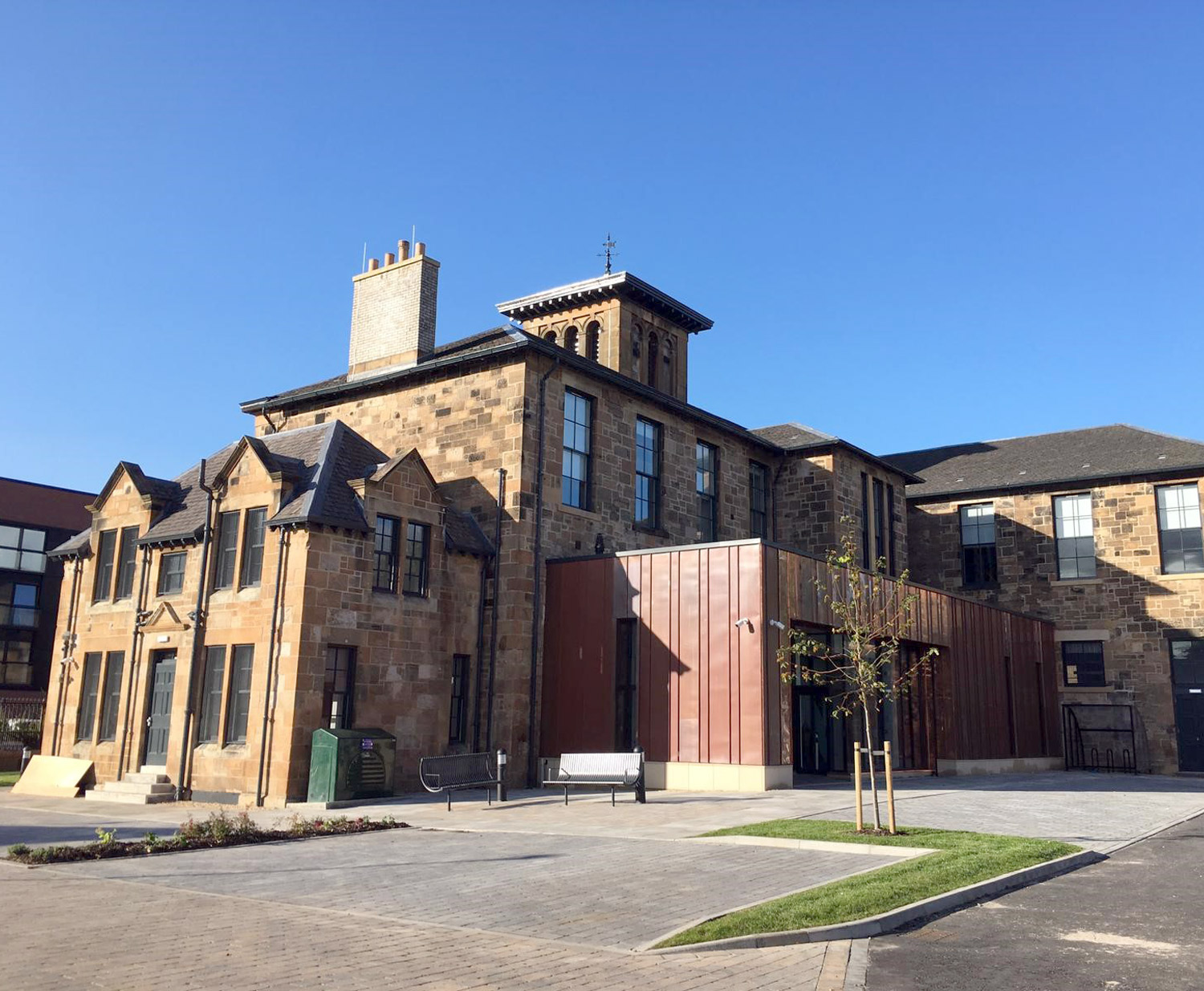 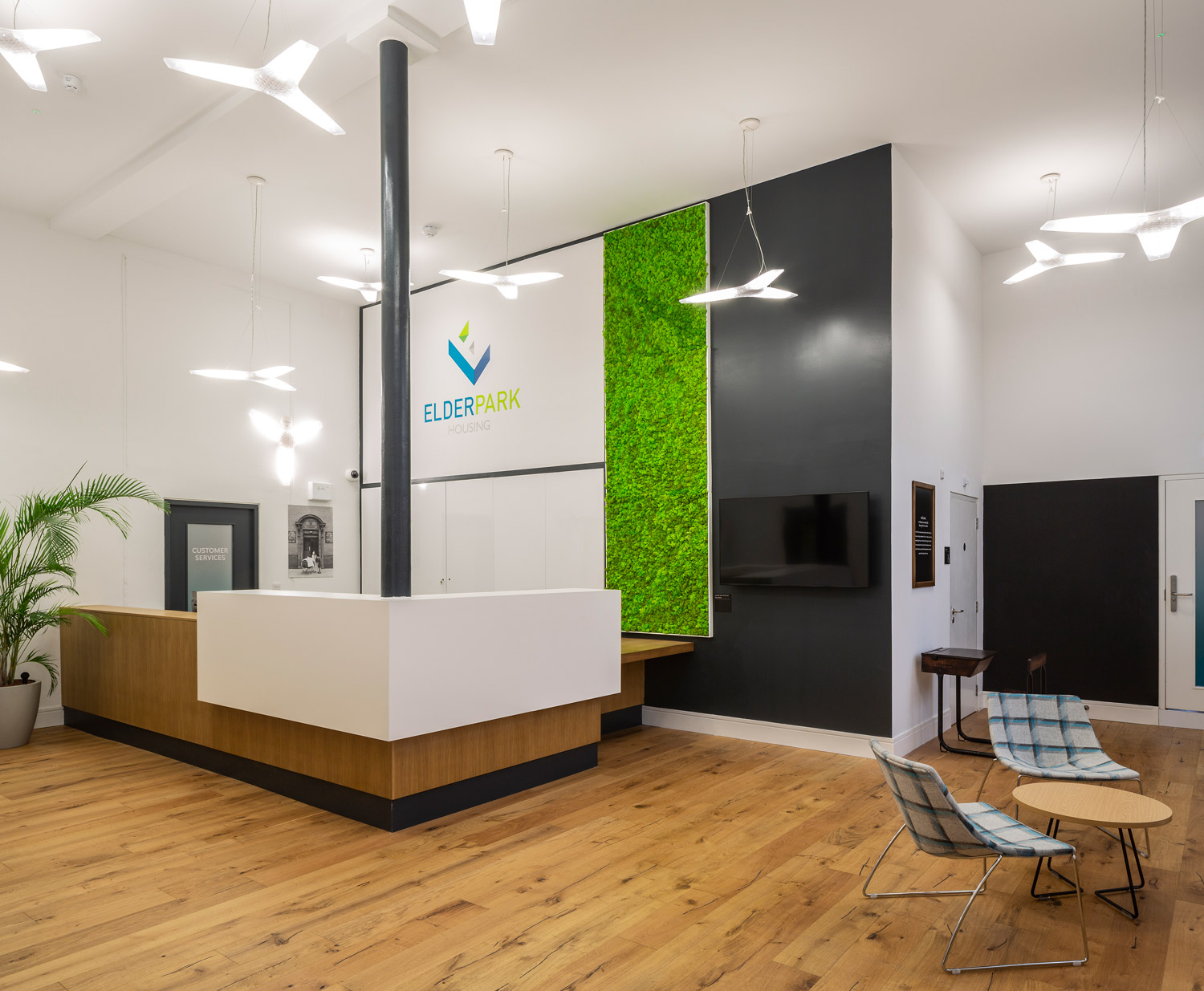 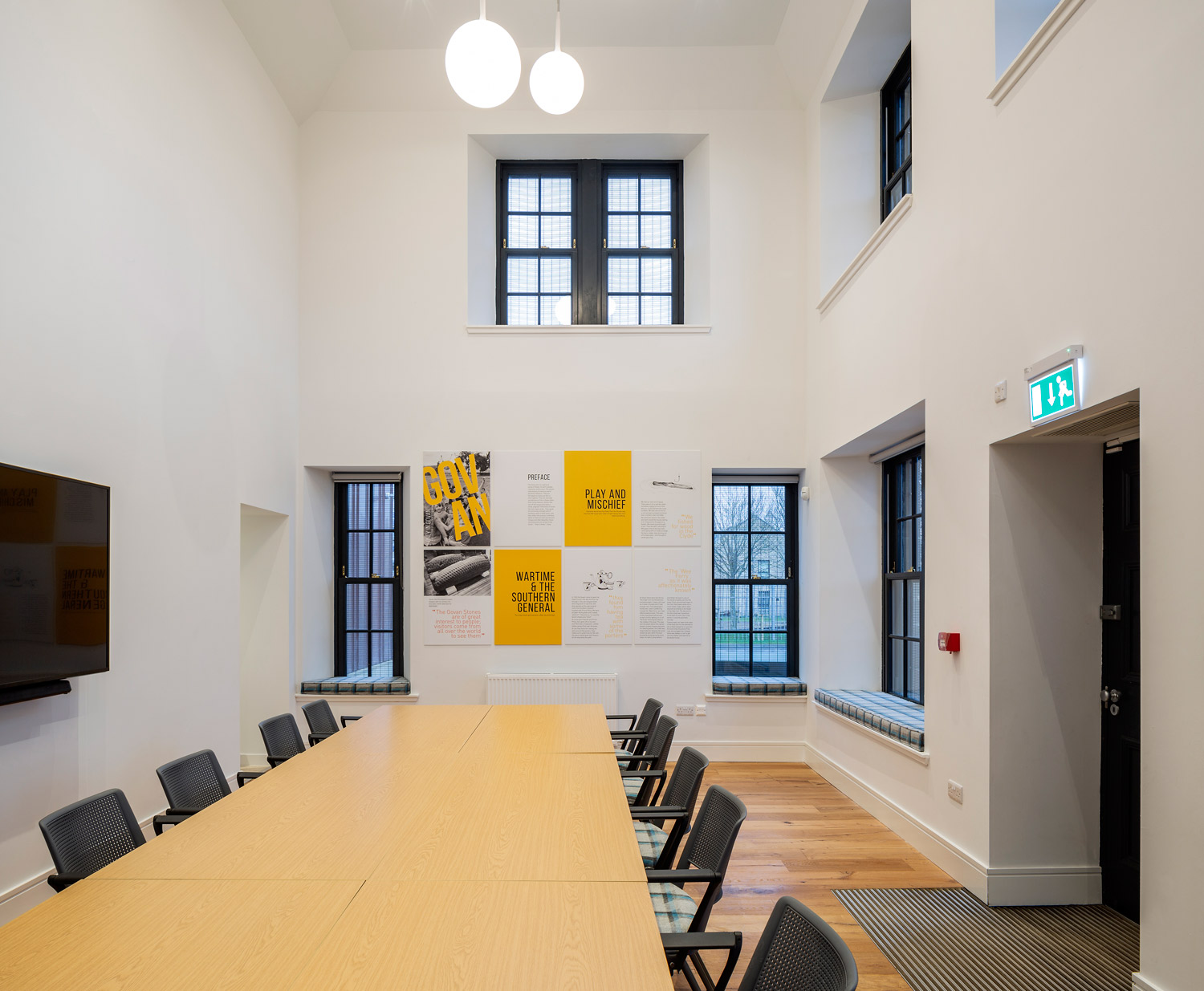 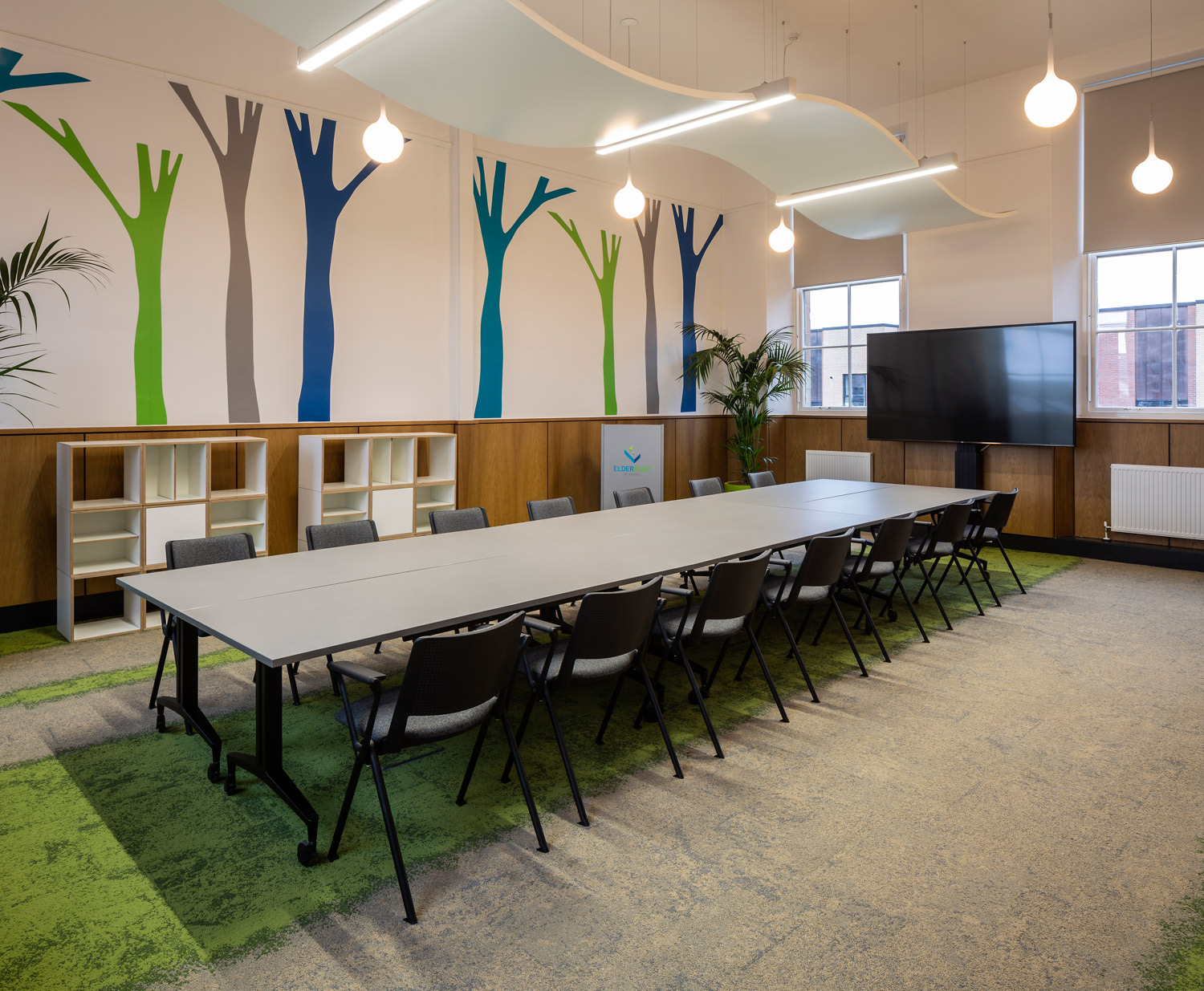 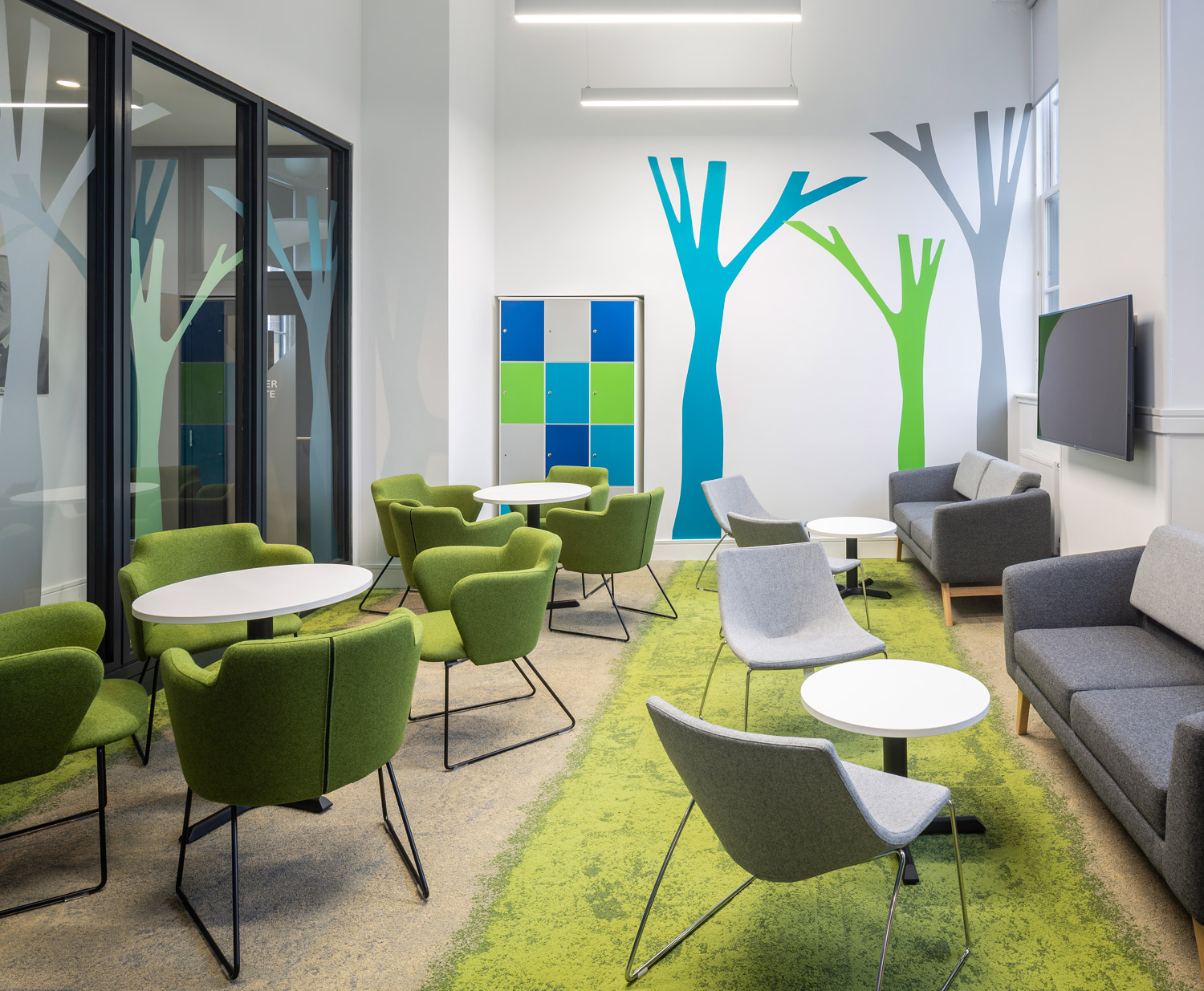 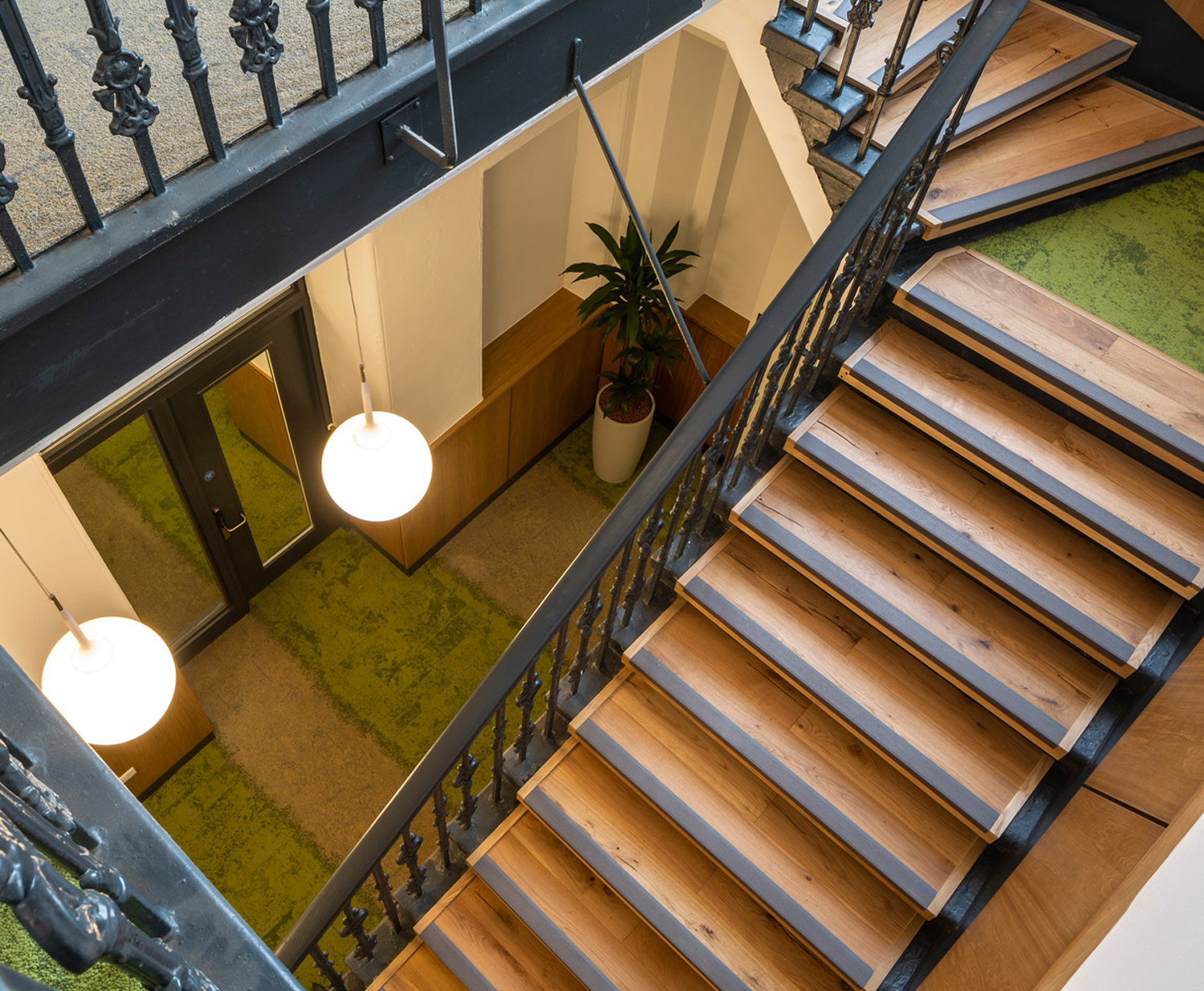